I have known my next guest in the 13 Days of Horror since I was a fledgling on the blogosphere. Her depth of talent is infinite, for she can write mystery, humor, horror, and literary works of art, some of which is included in the New York Times Best Sellers List. She has been published in numerous ezines and is gaining speed in print with 6S Vol 3, 6S The Love Book, 6S Word of Mouth, and Vox Poetica’s Inspirations Collection 1.

Please give a warm welcome to the one of the blog family’s favorite writers, Jeanette Cheezum, and her disturbing tale, Tucked Away. 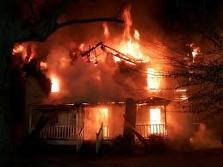 Tucked Away
By Jeanette Cheezum

The closet door slammed. It wouldn’t do any good for little Cathy to cry, stomp, or scream. Grandma would cut a switch and use it when she returned. She wouldn’t do anything now because Grandma didn’t like to get sweaty. She wanted to make a nice impression when she met the preacher’s wife.

“How long will you be gone this time?” Cathy asked from inside the closet.

The key banged metal against metal, locking the closet…and…then the front door.

Perspiration beaded on Cathy’s lip and her stomach felt sick. Her friends always waited in the dark closet, and were happy to see her.

She lay on her back as her eyes adjusted to the miserable darkness. She took a deep breath because she hated this ritual, never knowing how long she’d have to stay there.

“Today my friends, we’re going on a trip to the zoo. Here comes the bus. You must line up and stay close so you won’t get lost. We’ll feed the ducks first and then see the monkeys. Take a seat quickly and don’t be noisy.”

“We’re here, they yelled. Can we get off the bus?”

“I want to eat the bread, I’m hungry,” an imaginary friend said.

Cathy shook her finger side to side, “No, it’s not allowed. We can’t eat until Grandma says.”

“Ah, the park is beautiful,” she lied. If only she really knew what it looked like.

“Now wasn’t that fun? Let’s go home before it gets too dark.”

“I’m thirsty!” someone in the dark said.

“What’s that smell?” Cathy sniffed and moved closer to the closet door. Was something burning?

“There’s a fire nearby! Be calm!” She brushed her bangs from her eyes and held up her small hands. “Don’t worry. We’re safe here. This is our secret hideaway.”

She lined up her Grandma’s shoes. “Let’s play Anne Frank.” Clomp, clomp, “Do you hear the soldiers marching? Hide, children, the soldiers are coming.”

“Grandma, where are you?” she whispered.

Hush children. Don’t cry. I’m sure Grandma is nearby.” She placed her face as close as she could to the large crack under the door, the light had disappeared. There was nothing to see . . . , except. Cathy grabbed a coat from above and squeezed it against the bottom of the door.

“Everyone, scream as loud as you,” she said. “Even if Grandma switches us, we must get away from the smoke.”

Cathy coughed and she pulled a shirt from its hanger and covered her nose. “Grandma, please come home. I’ve been good. The smoke–everyone scream.”

Someone banged on Grandma’s front door. When no one answered the person yelled for someone to call the fire department. As smoke was poured from the Jacobs windows, flames consumed the air . . . attacked the curtains, rugs and anything in their path.

The firemen broke down the door and sprayed water from the ceiling to the walls and down to the floor. They stopped the fire, but didn’t know to look for Cathy.

“Mrs. Jordan, Thank God, you’re safe and weren’t in the fire. We called the fire department, and they came right away,” the neighbor said.

“Thank you, for saving my house.” She stepped on her cigarette, so no one would suspect.

“Where is your granddaughter? Is she with friends?”

“As a matter of fact she is.” The corners of grandma’s mouth rose into a smile.

Grandma thanked her neighbor then hurried into the house. She couldn’t let anyone find out her secret. She’d forgotten to put that last cigarette out before she left?

She opened the closet and reached in. But after all, she had been in a hurry to meet the preacher’s wife.

The neighbor followed Grandma in “Oh, no, didn’t you say she was with friends?” the woman said.

The funeral occurred that week, but Grandma didn’t attend. She now spends her time locked in a room, where no one pays any attention when she screams.

She doesn’t have any friends to talk to, and everyone knows her secret.

BIO: Jeanette writes all forms of fiction; from six word stories to full length novels. Since she was born in October just before Halloween she howls at the moon and writes her best on a full moon. Her work is published on several online writing sites and has been published in three of Smith Magazines Anthology books, six of Six Sentence’s anthology books and most recently, Vox Poetica’s Inspirations Collection 1. Three of these books have made the New York Times Best Sellers list. Other achievements: She was awarded The Helium Networks Premium Writer’s Badge, Bronze Creative Writing Award and a Marketplace Writers award also, a Semi-Finalist in the Verb’s Dynamic Dialogue Contest. A list of some of her work may be viewed at http://www.hamptonroadswriters.org
Or http://www.sixsentences.ning.com/profile/JeanetteCheezum

22 thoughts on “Tucked Away – Jeanette Cheezum”